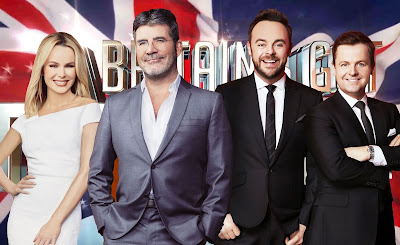 Britain’s Got Talent makes its much-anticipated return to ITV this April and to kick things off the judges and hosts have filmed a spectacular new promo.

Set in a picturesque music hall, the new show opener sees the judges and hosts become part of a unique orchestral performance that’s jam-packed with surprises.

As the iconic tune of Land of Hope and Glory plays, viewers are left in no doubt that this series really does have more talent than you can shake a stick at.

The promo will air this Saturday night, 9th March, on ITV.

Britain’s Got Talent is a Syco and Thames production for ITV.

Email ThisBlogThis!Share to TwitterShare to FacebookShare to Pinterest
Labels: Britain’s Got Talent