This year SAS: Who Dares Wins has partnered with Stand Up To Cancer for its very first celebrity special. The team of ex-Special Forces operators, led by Chief Instructor Ant Middleton have put 12 brave celebrities, both male and female, through an intensive seven-day course to see if they’ve got what it takes to pass this unique version of SAS Selection.

Instructor Jason ‘Foxy’ Fox says, “We took great pleasure bringing these celebrities into our world and giving them as hard a time as we give anyone.”

There’s been no allowance made for fame or status, the celebrities have had to push themselves to the limit and reveal themselves like never before. We’ve learnt about each Celebrity’s strengths and weaknesses, hopes and fears, and come to an understanding of who they really are.

Chief Instructor Ant Middleton says, “Celebrities go through their lives showing the public a front and face they want them to see but this process stripped all that away. They've importantly turned up to raise money for SU2C but also to learn something about themselves by facing extreme experiences.” 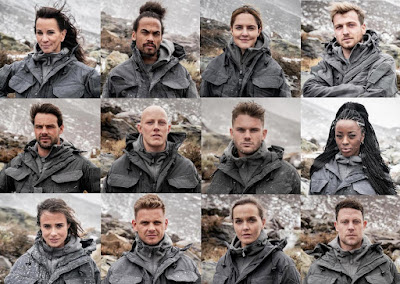 Email ThisBlogThis!Share to TwitterShare to FacebookShare to Pinterest
Labels: SAS Who Dares Wins