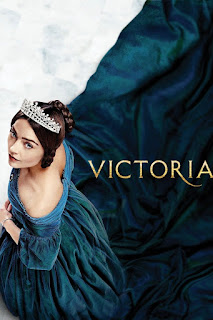 Victoria is a British television drama series created and principally written by Daisy Goodwin, starring Jenna Coleman as Queen Victoria. The series premiered in the United Kingdom on ITV on 28 August 2016 with eight episodes, and in the United States on PBS on 15 January 2017; PBS supported its production as part of the Masterpiece anthology.

Email ThisBlogThis!Share to TwitterShare to FacebookShare to Pinterest
Labels: Victoria