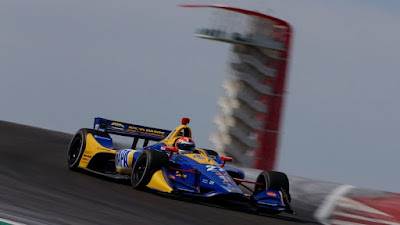 Sky Sports will show every round of the 2019 NTT IndyCar Series, including the world-famous Indianapolis 500, on the Sky Sports F1 channel after agreeing a new partnership with INDYCAR.

The agreement means that every qualifying session and every race from all 17 rounds, starting with the 2019 curtain-raiser in St Petersburg, Florida on 10 March, will be live on Sky Sports F1. The pinnacle of the Series, the 103rd running of the Indianapolis 500, takes place on 26 May.

Featuring an incredible mix of superspeedways, short ovals, road courses and temporary street circuits, the NTT IndyCar Series is one of toughest challenges in motorsport. With up to 700bhp to play with, top speeds reaching 235mph, and a $1 million bonus up for grabs for the eventual champion, viewers can expect an incredible ride.

Steve Smith, Director of Content and Production at Sky Sports, said:
“The NTT IndyCar Series is one of the most thrilling competitions in motor racing, crowned by the world renowned ‘Indy 500’, and it’s great to be able to work with our new partners at NBC to bring it to a whole new audience here in the UK and Ireland. Alongside our biggest ever season of F1, it will be part of an incredible line-up of motor racing on Sky Sports this year.”

Mark Miles, CEO of Hulman & Company, which owns INDYCAR and Indianapolis Motor Speedway, said:
“We are pleased to reach a deal with Sky Sports to showcase the NTT IndyCar Series on the Sky Sports F1 channel for the next several seasons. INDYCAR values the commitment Sky and NBC have made to the series and the support of Comcast-NBCUniversal to help make this deal possible. We look forward to starting our season next week on Sky.”

A familiar face for British motor racing fans will again be taking his place on the starting grid of the Indianapolis 500 in May. Former F1 World Champion Fernando Alonso, who will compete in his second 500 for McLaren, will be aiming to become only the second driver ever to secure world motorsport’s unofficial Triple Crown: victories at the Formula One Monaco Grand Prix, the 24 Hours of Le Mans endurance sports car race and the Indianapolis 500. Alonso made his 500 debut in 2017, starting fifth and leading 27 laps before retiring with engine failure.

Alonso will go head to head with New Zealander Scott Dixon, who will be looking to secure a sixth NTT IndyCar Championship, following an outstanding 2018 which saw him pick up a fifth crown.

The series will be broadcast on Sky Sports F1, the world’s only dedicated F1 channel, with opening race of the season coming just a week before F1 gets underway in Melbourne. Sky Sports F1 will be the only place in the UK and Ireland to watch every race from both competitions live.
Posted by JD at 13:28

Email ThisBlogThis!Share to TwitterShare to FacebookShare to Pinterest
Labels: IndyCar