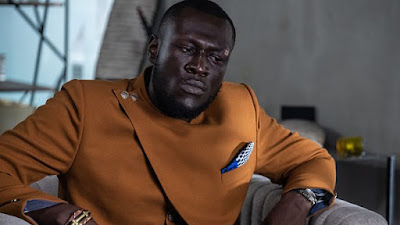 British musician Stormzy has joined the cast of the much anticipated BBC One drama Noughts + Crosses, a Mammoth Screen adaptation of Malorie Blackman's award-winning young adult book series currently being filmed in South Africa.
Stormzy will play newspaper editor Kolawale, a character created for the TV series, and admits: "As a diehard fan of Malorie's novels, being a part of this important show is a dream come true."

Malorie Blackman says: "The first time I met Stormzy he informed me he was a huge fan of my Noughts and Crosses series of books. I’m thrilled he will now be a part of the Noughts + Crosses TV production. It's so exciting!”

Executive producer Preethi Mavahalli adds: "As an icon of black British culture, we are honoured to have Stormzy play a part in this adaptation of a novel he's such a fan of."

Email ThisBlogThis!Share to TwitterShare to FacebookShare to Pinterest
Labels: Stormzy