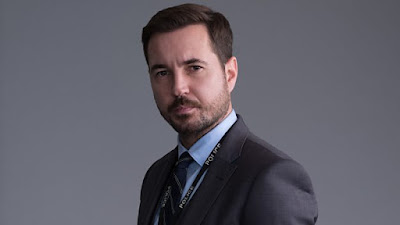 What excited you about a project like Line of Duty? Why does it stand out from other dramas on television?

We’re on our fifth series now and every year it’s the scripts. It was the best drama I’d ever read when I auditioned for it the first time and every year I think "this is the year that Jed maybe doesn’t pull it out of the bag", but he does every time. With the move to BBC One last year and as the show goes on and on, it has to get bigger and a bit more flashy at times, but it’s the gritty realism he keeps in it all the time that makes it stand out. The scenarios are getting more elaborate but the way the police deal with it is still grounded in reality and I think that’s what makes it such compulsive viewing. It’s just nice to be back with Vicky and Adrian and back over here in Belfast - I’m having a blast!

How would you describe Steve’s character?

I really enjoy playing him and that’s one of the beauties of Jed’s writing. It’s a grey area because although Steve is sort of the hero, he’s not instantly likeable and usually the person we’re chasing (especially people like Lennie James in the first series), as a viewer, you find yourself rooting for the bad guy at times. Steve is just a lot of fun to play, he thinks a lot of himself which is why he’s always in a waistcoat, he’s a bit of a smart-arse and thinks he knows better all the time. He’s probably the most in line with Hastings out of all the characters as he’s always after the truth. And he’ll go after anybody, regardless of rank, but maybe he rubs people up the wrong way with the way he goes about it.

Where is Steve emotionally and psychologically at the beginning of the series?

As ever with Jed, everything is not quite as it seems. Steve has had the dramatic experience at the end of series four when he was in the wheelchair after being tossed down the stairs by balaclava man. At the start of the series by all intents and purposes he looks like he’s made a full recovery but as we go through the episodes you start to realise it’s not quite right, there’s stuff wrong with him physically and that’s starting to affect him mentally and this will bleed into the current series. He’s a bit broken at times and the great thing about knowing that we’ve been commissioned for another series is that Jed can delve into character’s backstories more and in this case I think we see that Steve’s just a bit lonely.

Were there any challenges you encountered during production?

I’m not sure how much we can give away, but this series there is a certain problem that Steve has physically, which was a bit of an eye opener when Jed told me about it. When you get down to the seriousness of it and how it affects him and his mental health, it turns out to be a very emotional scene.

What’s been your favourite scene to shoot?

We’ve been very lucky with the guest stars we’ve had over the years and I think that’s been a huge part of the success of the show; from Lennie James to Danny Mays, Keeley Hawes, Thandie Newton and Jason Watkins, but this is probably the most excited I’ve ever been. I’m lucky to call Stephen Graham an old friend of mine but he’s also an inspiration. Vicky’s character has a promotion this series which means Steve gets to be out and about a bit more. He’s doing the dirty work so to speak and I really enjoyed that aspect of it. There are some really intense scenes between Stephen and I and it was great just to be beside him. I think as an actor you always pick up your game around better actors, you always have to be on your toes! 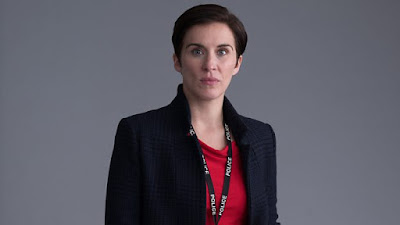 What excites you about Line of Duty, and what is it that sets it apart from other dramas?

What excites me is getting back together with the gang. Myself, Martin, Adrian and Jed all get on very well and there’s lots of returning crew and cast so that’s always great, but ultimately it’s the scripts which excite me the most. As soon as we get them they’re very much page turners; you want to see if you survive and Jed always seems to up the ante. In terms of it being different to other shows I think dialogue-wise it’s so rich and we rely a lot on the audience picking up on all the acronyms we put in every year. They like the fact they we test them and we challenge them.

How would you describe Kate’s character?

Where is Kate at the start of the series?

She’s feeling pretty good, she’s got a promotion so she’s got a little bit further in her career and taking on more responsibility. She’s back with her fella and the home is a happy place. She’s got a bit more time with her son as her promotion gives her that flexibility so we see her in a good place.

Isn’t there someone special playing your son?

Yes my son is played by nephew Kai. When it was written originally I had a daughter, and I said to Jed it would be great if I could have a son instead because I could use my nephew. It will always be his role now and he really enjoys it; he did really well this year, he did some improvising, I’m very proud of him.

Was there anything you weren’t prepared for or any challenges you encountered?

Have you had a favourite scene to shoot?

I look forward to scenes where the dialogue is rough and ready. I’m a bit childish, if there’s a swearword or something that’s a little bit off-the-cuff I always enjoy it. There is so much police talk that when it becomes a bit more natural I quite enjoy it!

If there is ever action it’s always good fun; me and Martin have had a few bits where we’ve been running around and it just lifts us and gives us a bit of a buzz for the day.

Has it been interesting having a female director for the first time on Line of Duty?

It’s been amazing, I absolutely love what Sue Tully is doing. I think she’s bringing a different energy to it. John Strickland has obviously been with us some years so he’s an old hand at it. I’m really glad we’ve got a female director on board and I wish we had more, but Sue’s a great representation of being able to come in and know what she wants and gets it shot the way she wants. She is doing some really interesting things with the camera. Plus she’s an actor’s director; being that she was an actor, so she really understands what it is we need and that’s been great. 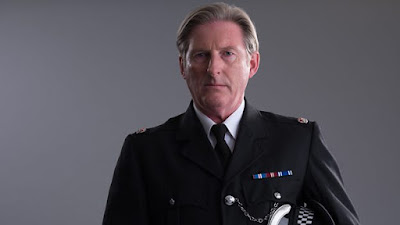 What excites you about a project like Line of Duty and what makes it stand out from other dramas on television?

As were going into the first series, you just get excited about how the stories’ developing. We’ve got a huge audience out there waiting to hear what’s going to happen to the characters and especially the three central characters; Vicky, myself and Martin who we’ve got to know over the years a bit more and I think the audience has become interested in them.

One of the strengths of the show is the fact that it has a very interesting format, in that you do have these three central characters in AC12, but we do bring in a lead character. A lot of the time it’s their show and we fit in around them. So rather than having a guest lead, it’s a proper lead, so that dynamic is different.

Some shows work on the basis of being procedural but ours is incrementally slow in its delivery of information because it’s genuinely procedural. It’s real; lots of people, police work, working on things very diligently, that brings the results. So I think those things are interesting. And also with the idea of the police investigating the police so we’re always up against people who are really clever.

How would you describe your character?

I think Hastings is a very interesting character; he is struggling to be good. Police work is a vocation to him, he believes in it, believes in the rule of law and he lives his life by that. But like everybody he struggles, so therefore those grey areas are the interesting areas to play with the character. I think he’s a character people respond to because they like to think there is someone out there who believes in the letter of the law and believes it’s worth fighting for. He’s got a very difficult personal life, sadly he doesn’t have any kids and I think that’s something that’s missing in his life.

Where do you think he is psychologically at the beginning of the series?

At the end of the last series, we left a question mark hanging over Hastings as to how much he actually knows about what’s going on regarding the organised crime groups and the institutional links. That’s something that’s going to be teased out throughout the series. I think that’s one of the main storylines and it’s something that people will be interested in because we have to clear up one way or another, if Hastings is tactically or completely involved.

One of the central themes of Line of Duty are the interrogation scenes. How do you approach them?

The interview scenes are difficult. Approaching them you just have to start learning the lines pretty early. They do take a long time and concentration. We shoot them mostly with three cameras over a couple of days so you’re looking not to have them spread out as much as you can so you can get on done and move on to the next one. You have to really work on Line of Duty, because the language is very difficult and what you’re describing is usually very technical and detailed, so you can’t busk it. So it’s just a question of getting your head down.