Love Island to launch in Hungary 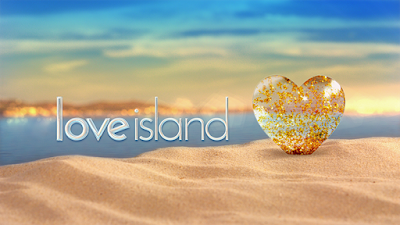 Love Island will launch in Hungary on RTL Klub this year, while MTV3 has also confirmed it will return for a second series in Finland.

Love Island Hungary, which will be produced by Paprika, takes the total number of original commissions of the format to 13. It has also been recommissioned by MTV3, produced by ITV Studios Finland, following a successful first series on SUBTV last year which averaged a 6.2% share overall (up 15% on the slot share) and an average share among 15-34s of 22.6%.

Since the beginning of 2018, Love Island has tripled its overall number of international production hours. On air in seven territories last year, with all versions produced by ITV Studios’ local production labels in those countries, the format is now launching in six more countries in 2019. In addition to Hungary, the show is set to debut in the U.S. on CBS this summer, as well as in Belgium (SBS), Holland (RTL) Poland (Polsat) and New Zealand (Three). Love Island will also return for a fifth series in the UK on ITV2, a second series in both Australia and Sweden on Nine and TV4 respectively, and a third run in Germany on RTL II.

Mike Beale, MD Nordics and Global Creative Network at ITV Studios, said: “We’ve consistently said that the essence of Love Island is about romance and finding love, and this is something audiences the world over can relate to. This is evident in the show’s ongoing global reach and we are really excited about the new international launches coming this year. ”

Viewing records were smashed in several territories last year, with Germany joining the UK and Australia in achieving huge ratings success. In Australia, the first episode secured the highest-ever Video Player Measurement (VPM) ratings of any Australian reality series on catch-up service 9Now within 24 hours of broadcast, while the second series on RTL II became the most streamed show on Germany’s TV Now catch-up service. In the UK, the launch of series four delivered ITV2’s highest overnight ratings since records began and was the highest-rated show across ALL channels in the 9.00PM slot.

Full of flirting, jealousy, rejection and fun, Love Island sees its occupants living in a stunning villa in a beautiful location. They are on the lookout for romance but as always, the road to love never runs smoothly, as they must not only choose their partner wisely but also win the hearts of the public. It’s up to the viewers to decide who they want to stay in the show as they watch the relationships develop and ultimately which pair they want to crown the hottest couple on the island.
Posted by JD at 16:56