Eurovision 2019 on the BBC - Michael Rice - Bigger Than Us 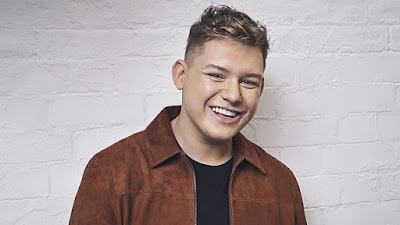 The world’s biggest music competition returns this May as the Eurovision Song Contest, one of the longest-running and most-watched non-sporting events in the world, is broadcast live from Tel Aviv across the BBC.

Tel Aviv will play host to the competition for the first time following the country's victory last year in Lisbon with Netta who sung and performed Toy. Israel has won the Eurovision Song Contest four times with Izhar Cohen and Alphabeta in 1978 with A-Ba-Ni-Bi and Milk and Honey and Gali Atari with Hallelujah in 1979, Dana International with Diva in 1998 and Netta with Toy in 2018.

As one of the Big Five countries (United Kingdom, Spain, Germany, France, Italy), the United Kingdom does not have to qualify from the semi-final stage of the competition and will gain automatic access to the Saturday Grand Final. Israel, as the incumbent champion, will also not need to qualify from the semi-final stage and will gain automatic entry to the Grand Final.

In order to find a song to represent the United Kingdom, this year the BBC undertook a massive song search via a public song submission as well as Eurovision song writing camps held by Music Consultant Greig Watts. Ten songs were then shortlisted and were given to an international jury of music experts who chose the final three songs to put forward to Eurovision: You Decide 2019 on BBC Two. Each of the three songs were then performed in two musically different ways, by two different acts. After all six acts performed the expert judges chose the best version of each song which went forward to face the public vote.

Michael Rice was chosen to represent the United Kingdom after winning the public vote in Eurovision: You Decide.

Michael will head to Tel Aviv to perform his song Bigger Than Us, an epic power ballad on behalf of the United Kingdom this May. Bigger Than Us was written by Jonas Thander, Anna-Klara Folin, John Lundvik and Laurell Barker.

The result of the 2019 Eurovision Song Contest will be decided for 50% by you, the public, and for 50% by a group of music industry professionals. Each jury member ranks all entries, except for their own country's contribution. The jury names who will be voting on behalf of the UK jury from home are: