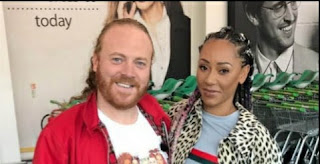 ITV2 has commissioned Shopping With Keith Lemon, from Talkback, part of Fremantle. The brand new 8x30' series will see the irrepressible Keith Lemon (Celebrity Juice) let loose on his own chat show…but one with a difference.


Shopping With Keith Lemon will see the chat show format move away from the constraints of a studio setting and will instead see Keith and his celebrity guests taking to the streets and hitting the shops, where along the way they will be interviewed by the host in his own inimitable style.

Airing on ITV2 in June 2019, each of the eight episodes will see Keith meeting up with two famous faces, before getting to know them better - as only Keith could - as they go about their respective shopping trips.

Keith will join celebrities including: Spice Girl Mel B, as she heads off on her weekly food shop, pop-punk band Busted, who are on the hunt for a new guitar, and Britain's Got Talent judge Amanda Holden, who Keith interviews as she travels over the Channel to France on a booze cruise.

Providing the perfect opportunity to delve into the shopping habits of the rich and famous, whilst having a good old gossip, Keith and his celebrity friends will be let loose in shops around the UK and overseas, where viewers will get to see how the other half love to spend their money, on everything from beds to cars to hummus.

Host Keith Lemon says: "I'm a shopper-holic that likes gossiping! What better way to spend my day than shopping and gossiping with famous people? Perfect job for me!"

Other celebrities off shopping with Keith, include: Fearne Cotton, who will re-unite with Keith for the first time since leaving Celebrity Juice, Caroline Flack, comedian Rob Beckett, Emily Atack and David Dickinson, with more star shoppers to be announced.