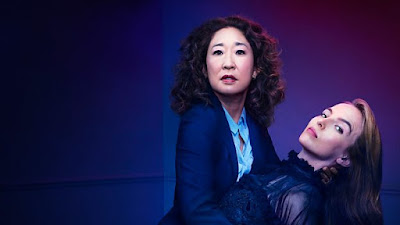 Killing Eve, the acclaimed cat-and-mouse spy thriller will return to UK screens on June 8 on BBC One, with the series boxset available on BBC iPlayer.

Killing Eve has become a massive hit with BBC audiences with over 49 million requests for the series on BBC iPlayer so far.

The BBC announced that it had acquired the rights to series three in April.

The first series of Killing Eve is available as a boxset now on BBC iPlayer.
Posted by JD at 09:14