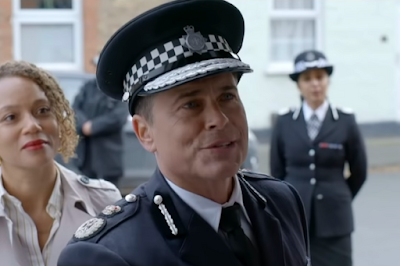 Rob Lowe’s character is Bill Hixon, who has been appointed Chief Constable of the East Lincolnshire Police Force. Landing in Boston, Lincolnshire with teenage daughter Kelsey, he’s hoping they can flee their recent painful past. However, this unfamiliar, unimpressed community will force Bill to question everything about himself and leave him wondering if it's Boston that needs Bill, or Bill that needs Boston?

Wild Bill is a co-production between 42 (Traitors, Watership Down), Anonymous Content (13 Reasons Why, Maniac) and ITV Studios label, Shiver (Come Dine With Me, Piers Morgan’s Life Stories) and marks the first occasion the companies have collaborated to produce a drama series for ITV. Created by David Griffiths (The Hunted, Collateral Damage), Kyle Killen (Halo, Awake), Dudi Appleton & Jim Keeble (Silent Witness, Thorne: Sleepyhead & Scaredycat), it will be written by lead writers and show-runners Keeble and Appleton.