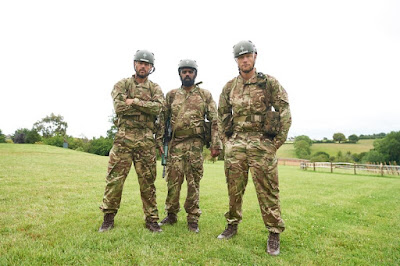 As James Corden takes a break from full time hosting duties this year due to work commitments, friends of the show will be sharing the reigns on Sky One’s BAFTA-winning original show, A League of Their Own.

With James set to host two episodes of the series, a host of famous friends will be taking to the hot seat for the remaining episodes. These include comedian and former panelist, Jack Whitehall; presenter extraordinaire, Clare Balding; A League of Their Own regular, David Walliams; queen of showbiz, Amanda Holden; British sprinter, Dina Asher Smith and the show’s very own Romesh Ranganathan.

The fourteenth series will also see the return of all the regular players. Jamie Redknapp will be welcoming Romesh Ranganthan back to his team and Freddie Flintoff will hold his position as blue team captain.

Zai Bennett, Director of Programming, Sky, said: “We’re delighted that James is hosting two of the shows this series but appreciate he has other work commitments this year. Therefore, we’ve got a brilliant line up of guests to keep his seat warm and we have no doubt that our new guest hosts will ensure that the laughs continue”

Among the fun planned for this year’s series, Freddie, Jamie and Romesh will take a two-day trip to Dartmoor, joining up with marines where they will be taken through an assault course and tasked with abseiling down a treacherous cliff face. Further VT’s to be announced.

Email ThisBlogThis!Share to TwitterShare to FacebookShare to Pinterest
Labels: A League of Their Own