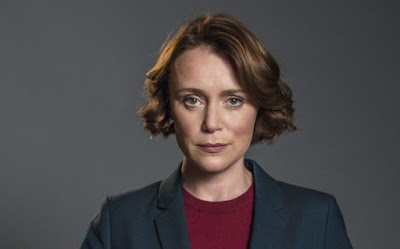 Keeley Hawes is to star as the real-life detective who brought five killers to justice in the heartbreaking true story of Banaz Mahmod, the young Londoner murdered by her own family for falling in love with the wrong man.

DCI Goode, played by Keeley Hawes, discovered that Banaz had been to the police five times to report threats to her life from members of her own family. Appalled that her own colleagues had missed multiple chances to save a young woman’s life and prevent a so-called “honour” killing, Caroline vowed that she would not rest until she finally got justice for Banaz. It was a promise that quickly became personally consuming. This tense and emotionally vivid drama brings Caroline’s long and unwavering quest to life.

“Banaz Mahmod met her brutish death on the orders of her own father and uncle, which I find profoundly unsettling. That this story is ultimately so uplifting is down to the sheer heroism and dedication of the police officers who hunted down her killers. Caroline Goode and her team felt real love for this girl they’d never met. I found their unusual warmth and humanity deeply moving.”

“It is a privilege to be working on Honour as Buddy Club's first ever project. In a time where honour killings are still rife, it is critical to shine a light on such an important subject. Banaz Mahmod's story, and DCI Goode’s subsequent investigation, is certainly one that needs to be told and I am proud to be a part of it.”

Filming will begin in September.
Posted by JD at 10:08