Jude Law set to star in The Third Day, a new Sky and HBO original drama 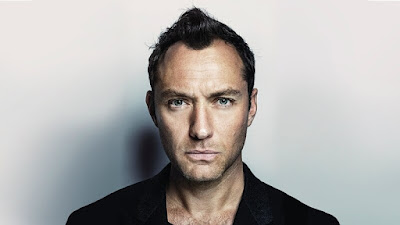 It is the latest commission from Sky and HBO as part of their collaboration on original projects and it comes hot on the heels of their critically acclaimed and internationally successful mini-series Chernobyl.

Jude Law stars as Sam, who after being drawn to a mysterious Island off the British Coast, is thrown into the unusual world of its secretive inhabitants. Isolated from the mainland, the rituals of the island begin to overwhelm him, and he is confronted by a trauma from his past. As the line between reality and fantasy blurs, Sam finds himself immersed in an emotional quest which puts him at odds with the islanders and begins to threaten their way of life.

The six part, one-hour episode limited series will be directed by BAFTA Award-winner Marc Munden (National Treasure, Utopia) and will be produced by Adrian Sturges (Chimerica, The Enfield Haunting). Kit de Waal and Dean O’Loughlin are also writers for the series.

Production will start on The Third Day in the UK in July 2019 and the limited series will air in the UK and Ireland next year on Sky Atlantic and streaming service NOW TV, and in the US on HBO.
Posted by JD at 14:09

Email ThisBlogThis!Share to TwitterShare to FacebookShare to Pinterest
Labels: The Third Day