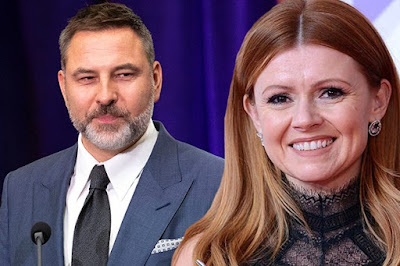 This Christmas, Sky One turns the classic Cinderella story on its head, thanks to new Sky original comedy Cinderella: After Ever After starring David Walliams. Sian Gibson, Celia Imrie and Sir Tom Courtenay also join the all-star line-up in this King Bert Productions special.

All fairy tales end with ‘happy ever after’ but what happens after ever after? The anarchic 60-minute Christmas special begins where the fairy tale ends; Cinderella (Sian Gibson) has just married her Prince Charming (David Walliams), but soon has a rude awakening when she realises married life isn’t all it’s cracked up to be when you have an image-obsessed, floss-dancing, hip-hop rapping husband. Perhaps a glass slipper fitting your foot is not sufficient grounds for a lifelong commitment after all?

This heart-warming festive show follows Cinderella (Sian Gibson) as she fights to save The King (Sir Tom Courtenay) from the traps of her evil stepmother Madame Blackheart (Celia Imrie) and her conspiring and moronic stepsisters Dumbella and Rubella.

David Walliams, said: “When you read a story to a child and it ends ‘they lived happily ever after’ the child often asks what happened next? Now, for the first time in history, we will reveal what happened next for Cinderella, Prince Charming and the Wicked Stepmother. What happened, ‘After Ever After’? We have assembled a magnificent cast and crew for this one-off family comedy film. It promises to be a real treat for TV viewers this Christmas. I want to say a huge thank you to Sky for making it possible”.
Posted by JD at 11:20

Email ThisBlogThis!Share to TwitterShare to FacebookShare to Pinterest
Labels: Cinderella After Ever After, David Walliams