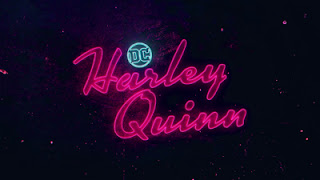 Harley Quinn is an upcoming American animated web television series based on the Harley Quinn character created by Paul Dini and Bruce Timm that is set to premiere in October 2019 on DC Universe. The series is set to be written and executive produced by Justin Halpern, Patrick Schumacker, and Dean Lorey and will follow the misadventures of the Joker's psychotic ex-girlfriend and partner-in-crime, Harley Quinn, and her best friend, Poison Ivy.

Harley Quinn follows Harley Quinn's adventures after she breaks up with the Joker, including receiving help from Poison Ivy and others to become a member of the Legion of Doom.