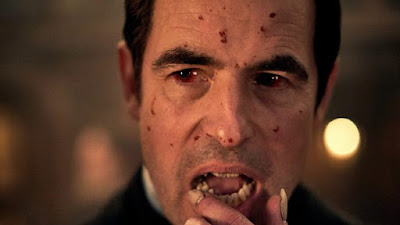 The first pictures of Claes Bang as Count Dracula have been revealed, as filming continues on the forthcoming three-part series.

They will appear opposite Claes Bang in the role of Dracula, and a cast which already includes John Heffernan, Joanna Scanlan, Dolly Wells, Sacha Dhawan, Jonathan Aris, Morfydd Clark and Nathan Stewart-Jarrett.

Dracula (a Hartswood Films production) was commissioned for BBC One by Charlotte Moore, Director of BBC Content and Piers Wenger, Controller of BBC Drama, and is a co-production with Netflix. It is written and created by Steven Moffat and Mark Gatiss; executive producers are Mark Gatiss, Steven Moffat and Sue Vertue for Hartswood Films, Ben Irving for the BBC and it will be handled by Larry Tanz and Carolyn Newman for Netflix.

The series will premiere on BBC One in the UK and on Netflix outside of the UK and Ireland. 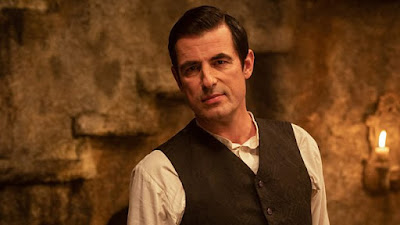 Email ThisBlogThis!Share to TwitterShare to FacebookShare to Pinterest
Labels: Dracula