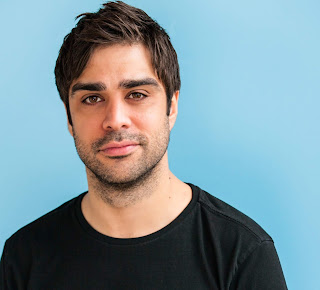 Jason Stojanovski talks about his early TV experiences – working on soaps like “All Saints” – and his most recent, the mini-series “The Bench”.

Q: What inspired you to become an actor?
I got forced into taking an acting class! My brother had won a free acting class as a prize in a competition. He was far too shy to ever even consider taking it and my mother wasn’t about to let it go to waste. So, she didn’t take no for an answer and made me take the class. Glad she did obviously, because I fell in love with it from the first moment.

Q: Was TV’s All Saints your first on-camera experience? What can you tell me about it?
It actually wasn’t! All Saints was my first experience working in the world of network television. It was amazing. I’m so lucky that it was there I got my first taste of TV. It was an incredibly successful long running TV show starring some of Australia’s best and it ran like a well-oiled machine so I got to learn how to work with the much faster pace than I’d previously experienced in the film world.
My FIRST on camera experience was a film called Subterano. That was a real case of being thrown in the deep end! At the time, it was Australia’s biggest budgeted feature film ever and I was fortunate enough to be cast as a support lead and got to work beside some Australian film greats! I couldn’t have even dreamed of a better start to my career as an actor.

Q:  As you’ve gotten older, have the types of roles you’ve gone in for changed?
I don’t know if changed is the right word for me to use but they’ve definitely broadened. There seems to be a much wider variety of roles that id be considered suitable for as I’ve gotten older and I think that’ll probably continue to open up for the next little while at least.

Q: Does it go without saying that you’re a fan of dramas- - a lot of your work seems to gravitate towards a good, meaty character piece
Absolutely yes! I’m a graduate of the Meisner technique of acting and much of my time in acting school was spent working on my emotional maturity, range and depth so that I would have a base set of skills to really dig in to those meaty character roles, hopefully allowing me to continue to learn and grow throughout my career.

Q:  Which of your projects has opened the most doors for you?
That’s a really tough question to answer! I guess because you never really know what leads to what in this industry, so looking back, I’m equally as grateful for every opportunity that I’ve been presented with. But if I was pressed to pick one, I’d probably go with Subterano that I mentioned earlier. Being put in that position at the very beginning of my journey really solidified my choice to stay on this path in such a difficult industry and having such a big credit attached to my name that early certainly lead to some other opportunities even years after.

Q. Can you tell us about your work on the stage?
My most recent theatre appearance was at the hugely successful San Francisco Playhouse where I happily lead a wonderfully talented group of actors in a new, beautifully written drama piece called Colossal that is about a star collage football athlete who is wheelchair bound after a serious on-field accident and now has to struggle with his inner demons to find himself again so he can hopefully find the strength and will to heal, both physically and mentally. It was an incredibly well received play and an amazing overall experience for me. I was so happy to be on stage again. It’s a very different skillset that I think every screen actor should revisit from time to time.

Q. What is The Bench? And can you tell us a little about the plot and the role you play in it?
We’re still in pre-production on this one so I’ll have to be cautious with my words. But the official Log line for the miniseries is;

“A high-profile attorney falls to police bullets. A decorated police officer’s life is ended by a sniper. A young transient Native American girl is caught in the convergence of it all.”

As that log line suggests, we are going to be exploring some of the current social issues we’re experiencing in the world today. I play one of the central characters in the series, Officer Michael Benedetto.

Q: Where was it shot?
As I mentioned we are still in pre-production, but at this stage we are set to be filming in San Francisco and surrounding areas so I’m excited to be heading up north to the beautiful Bay Area again.

Q: Is directing something you’d like to do?
It’s not something that I’ve actively considered pursuing at this point if only because I like to keep my creative energy focused on my acting, but let’s not rule anything out, shall we? Who knows what the future holds! 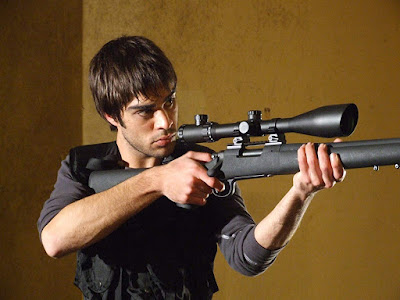