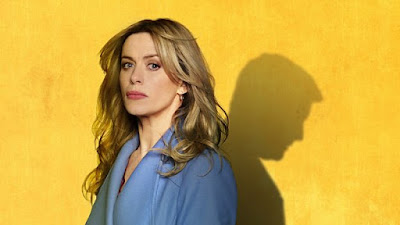 Eve Myles returns as Faith Howells, the much-loved lawyer, wife and mother whose life was turned upside down by the unexplained disappearance of her husband, Evan (Bradley Freegard).
Now, 18 months later, Faith is drawn into a new mystery as she takes on the case of Madlen Vaughan (Aimee-Ffion Edwards), a local farmer accused of murdering her husband in cold blood. The murder trial, the prospect of Evan’s imminent release from prison, and her conflicted emotions towards former criminal Steve Baldini (Mark Lewis Jones) push her to breaking point.

She puts her children, her business and her life on the line to search for the truth and finally emerges scarred yet stronger.

Again the themes are family, love, loyalty and trust; the West Wales coastline provides that unique contrast of beauty and darkness and the acting is raw and intimate: all the trademarks of the first series that broke BBC iPlayer records.


Eve Myles returns as Faith Howells, the much-loved lawyer, wife and mother whose life was turned upside down by the unexplained disappearance of her husband, Evan.
How do things start for Faith in series two? What’s in store for her?

This series catches up with Faith eighteen months since the first series ended. It’s a really difficult time for her. After the turmoil of series one, she’s still trying to make sense of what happened, and work out what she wants. She’s under pressure from every angle, but tries to keep a lid on it and desperately wants normality to resume for her and her children.

How do Faith’s relationships with Evan and Steve develop?

After the events of series one, Faith’s relationship has become bitter and full of resentment towards Evan. She still loves him, but she’s hurt and is trying to unpick the web of lies. Meanwhile the relationship with Steve is impossible, but inevitable.

What’s your favourite thing about your Faith?

My favourite thing about Faith is her loyalty. Despite everything she’s been through, she’s working hard to be the best mother, lawyer and friend she can be and she’s loyal to the people she loves. She’s flawed but her core values of honesty, justice and fair-play underpins everything she does.

How does series two feel different?

In many ways series two doesn’t feel very different to series one; it’s the natural progression of the story. The life Faith has in this series is one of pure survival for her and the children. The scars of the events of the first series are evident. She doesn’t take it laying down, she comes back fighting... literally.

Sum up Keeping Faith in a few words

What are your memorable moments on set?

I have many favourite moments on set, but the warmest feeling is when one of the crew independently gives me a hug and tells me that the scene we’ve just done got them in the feels... I’ll always be grateful and humbled by those moments... always. 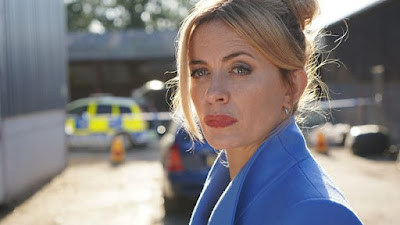