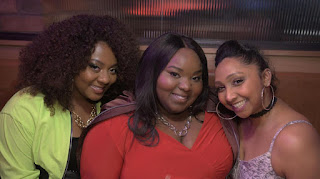 On The Edge, Channel 4's BAFTA nominated anthology of (3x30) short films is back for a second series. The films, produced by BlackLight Television, a Banijay Group company, and written and directed by the most exciting new talent in the UK, look at the lives of three diverse characters trying to find their place in the world.

This year, the films focus on three unusual love stories depicting characters and worlds not often seen on British TV. With humour, truthfulness and warmth, the anthology asks: how do we navigate today's complicated world? How do we share our inner challenges with the ones we love? And how do we form connections despite, or perhaps because of, our differences?