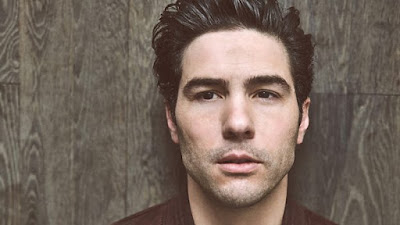 Award-winning French actor Tahar Rahim (The Looming Tower, A Prophet, The Eddy) will star as Charles Sobhraj in the brand new drama series The Serpent, based on the astonishing true story of how one of the most elusive criminals of the 20th century was caught and brought to trial.
Commissioned by BBC One, The Serpent will be produced by Mammoth Screen (Poldark, World On Fire) and is a co-production between BBC One and Netflix. The eight-part limited series is written by Richard Warlow (Ripper Street) and Toby Finlay (Ripper Street) and directed by Tom Shankland (Les Miserables).

Charles Sobhraj was the chief suspect in the unsolved murders of up to 20 young Western travellers across India, Thailand and Nepal through 1975 and 1976. Psychopath, con man, thief and master of disguise, having slipped repeatedly from the grasp of authorities worldwide, by 1976 serial killer Sobhraj was Interpol's most wanted man and had arrest warrants on three different continents.

When Herman Knippenberg, a junior diplomat at the Dutch Embassy in Bangkok, unwittingly walks into Sobhraj’s intricate web of crime, he sets off an extraordinary chain of events that will see these two diametrically opposed men engaged in a chase across the porous borders of the Hippie Trail, as Knippenberg seeks to bring Sobhraj to justice for his terrible crimes.

Tahar Rahim says: “I am thrilled to play Charles Sobhraj in The Serpent, a role I have dreamed of portraying since I read a book about him when I was seventeen years old. I couldn’t be happier than to make it under the direction of Tom Shankland and writers Richard Warlow and Toby Finlay.”

Preethi Mavahalli, Executive Producer at Mammoth Screen, says: “It is an absolute honour to have Tahar Rahim, one of France’s finest actors, join us in bringing this extraordinary story of the notorious French serial killer Charles Sobhraj to screen.”

Piers Wenger, Controller of BBC Drama, says: “We are delighted to have the brilliant Tahar Rahim play our leading man in The Serpent and for him to unravel Sobhraj’s dark web of deceit, crime and murder in this fascinating true story for BBC One.”

Brian Pearson, Vice President, Content Acquisition, Netflix adds: “We’re excited to grow our partnership with the BBC alongside Mammoth Screen and bring this gripping story led by the brilliant Tahar Rahim to our members around the world.”

The series will premiere on BBC One in the UK and on Netflix outside of the UK.

Tahar Rahim
Tahar Rahim, likely best known for his performance in Jacques Audiard’s Oscar-nominated French crime drama A Prophet, has seamlessly made the transition into American cinema as one of the most respected international actors of his generation.

Rahim was most recently seen in the critically acclaimed miniseries The Looming Tower, which aired on BBC Two in the UK, and will next star in La La Land director Damien Chazelle’s Netflix series The Eddy. The Paris-set musical is written by Jack Thorne and will focus on a French Club owner, its band and the everyday chaos of the live music venue.

In 2009, Rahim received critical acclaim for his role in A Prophet, in which he played a young French man of Algerian descent, sentenced to six years in prison for attacking police officers. Rahim received the César Award for Best Actor, and the film won the Bafta for Best Film Not in the English Language, in addition to nine César Awards, plus an Academy Award nomination for Best Foreign Language Film.

Other notable credits for Rahim include the Sky series The Last Panthers, plus the films Mary Magdalene, Les Anarchists, The Past, Day Of The Falcon and The Eagle.

Email ThisBlogThis!Share to TwitterShare to FacebookShare to Pinterest
Labels: The Serpent