“You betta werk!” All-star coaches, MNEK and AJ and Curtis Pritchard put the queens through their paces on RuPaul’s Drag Race UK - coming to BBC Three this Autumn 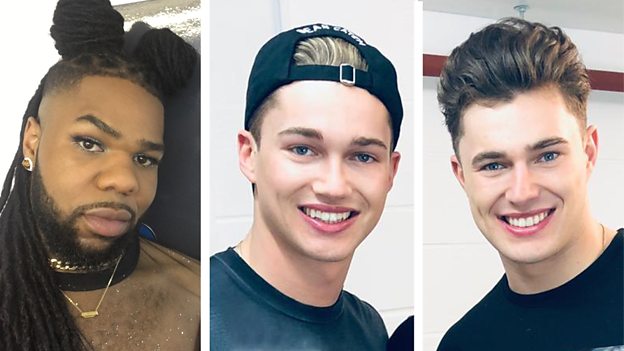 With every great competitive reality show, comes ever increasing challenges. Thus, brothers, AJ and Curtis and MNEK join the celebrity line-up for the first ever UK series, applying their considerable talent and experience to help coach the queens through some testing challenges.
MNEK is an uber multi-talented British singer, a Brit and Grammy-award-winning songwriter, a singer/rapper famed for his flamboyant dress sense, a sought after record producer, and a huge fan of the Drag Race franchise. He is the perfect man for the job of helping the queens perfect their vocal skills. MNEK has been writing since the age of 14, and was the recipient of the prestigious ASCAP Vanguard Music Award for song writing at the age of 21 having written for some of the music industry’s biggest stars including Beyonce, Christina Aguilera, Madonna, Little Mix and Dua Lipa.
MNEK says: “I had so much fun working with the queens on Drag Race UK! The public is in for a real treat."
Appearing on screen together for the first time are dance and choreography superstar brothers, AJ and Curtis Pritchard, when they help the remaining queens with their dance skills for one of the challenges.
AJ is one of the permanent and most loved professional dancers on mega UK hit Strictly Come Dancing, and thanks to his appearance as a professional dancer on the Irish version of Dancing With The Stars, AJ's younger brother, Curtis, is equally well known in Ireland. In addition, Curtis is currently creating waves as a singleton on Love Island. Together, the two brothers make for an impressive dance duo, and their previous experience with dance partners of mixed abilities make them the perfect, strictly professional coaches for the contestants of RuPaul’s Drag Race UK.
AJ Pritchard says: “I am such a fan of RuPaul and was honoured to be asked to work on the UK show. We had an amazing time working with the queens and cannot wait for you to see the performance."
Curtis Pritchard says “I jump at the chance of working with my brother anytime anything together comes up, so doing that and being asked to be part of something so iconic was a yes from me!”
RuPaul’s Drag Race UK will transmit on BBC Three in the Autumn. It will showcase the most fabulous drag queens that the UK has to offer and see RuPaul crown the UK’s First Drag Superstar.
Maisie Williams, Geri Horner and Jade Thirlwall, Michaela Coel and Andrew Garfield, Cheryl and Twiggy have previously been announced as the extra special celebrity guest judges joining RuPaul and Michelle Visage for one episode each alongside Graham Norton and Alan Carr who will be on rotating judging duties.
Posted by JD at 21:18