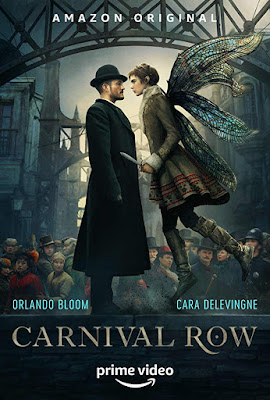 We go deeper into the world of Carnival Row with their newest trailer featuring Orlando Bloom and Cara Delevingne.

The eight-episode series is directed by Jon Amiel and stars Orlando Bloom and Cara Delevingne. In July 2019, it was announced that Amazon had renewed the series for its second season.

Carnival Row will follow "mythical creatures who have fled their war-torn homeland and gathered in the city as tensions are simmering between citizens and the growing immigrant population. At the center of the drama is the investigation into a string of unsolved murders, which are eating away at whatever uneasy peace still exists."

Watch on Amazon here (Link opens in a new window)