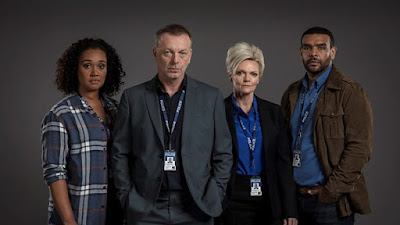 BBC One Daytime has confirmed the return of popular police drama London Kills, following its recent success in the schedule. The first series averaged an audience of 1.2m - a total of 2.1m viewers watched the first episode across all platforms - making it the biggest daytime drama of the year.

The second series will see detectives tackle a brand new murder case in each episode, but it’s the one mystery David can’t solve that continues to haunt him. In a dramatic plot twist, detectives will begin to think the unthinkable: did the Detective Inspector murder his wife?

Sue Deeks, Head of Programme Acquisition, BBC says: “London Kills delivered impressive ratings for BBC One daytime, along with a significant uplift in iPlayer requests, and we are delighted that the drama has been so popular with BBC audiences. The next series promises to deliver even more of the terrific twists and turns that have left viewers eager for more.”

Stuart Shaw, Managing Director, Acorn Media International, says: “We’re thrilled with how well BBC audiences have responded to London Kills and they will now be able to enjoy a second series next year.”

London Kills (Series Two) will be back on BBC One Daytime in early 2020.