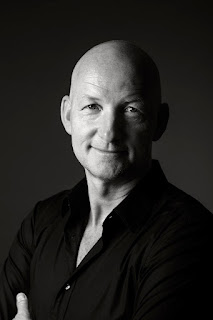 Copenhagen, August 19, 2019 -- Earlier today Netflix announced its second Danish original series, The Chestnut Man, at Copenhagen TV Festival. The Chestnut Man is based on the debut novel by award winning writer Søren Sveistrup (The Killing) and the series will debut exclusively on Netflix worldwide. Production is slated to begin in Denmark in 2020 with the executive production team SAM Productions, who is also behind the coming Norwegian Netflix original series Ragnarok.

The Chestnut Man is set in the quiet suburb of Copenhagen, where the police make a terrible discovery one blustery October morning. A young woman is found brutally murdered in a playground and one of her hands is missing. Above her hangs a small man made of chestnuts. The ambitious young detective Naia Thulin is assigned to the case, along with her new partner, Mark Hess. They soon discover a mysterious piece of evidence on the chestnut man - evidence connecting it to a girl who went missing a year earlier and was presumed dead - the daughter of politician Rosa Hartung.

Søren Sveistrup, author of The Chestnut Man: "Netflix has shown a strong, genuine interest in my book and I'm excited about the deal and confident that Netflix will be the perfect place for The Chestnut Man."
Posted by JD at 13:40