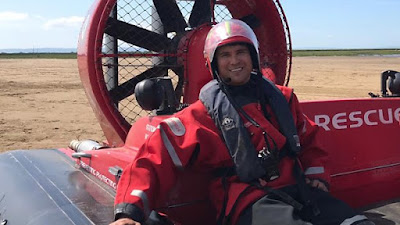 Crimewatch Roadshow Live returns to BBC One daytime on Monday 9 September. Every weekday morning for three weeks, the series appeals to the public to help solve the UK’s biggest unsolved cases.

In the studio, former detective Rav Wilding will reveal the latest crime fighting gadgets and techniques, and ask the audience to identify crooks caught on CCTV. He’ll also be appealing for your help to find individuals sought by the police in the daily wanted faces gallery.

Rav says: “It’s great to be back with the team for a new series. As someone who’s worked in the police, I know just how important the public are to solving crimes. They really can make a difference! I’ve been involved in the Roadshow since it began, but I continue to be amazed by the sheer dedication of the police and emergency teams that work to make all our communities safer.”

Reporter Michelle Ackerley is also gearing up for three weeks of live shows on the road. She’ll travel the country, meeting detectives determined to solve crimes in their area. She’ll also go behind the scenes with police and emergency services; getting hands-on experience of the many ways they’re working to protect the public. 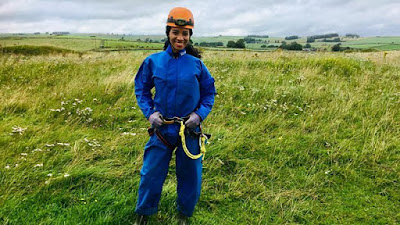 Michelle Ackerley says: “It’s a real privilege to be part of a programme that helps the police to solve numerous crimes year on year. Crimewatch Roadshow Live also gives audiences a real insight into the incredible work emergency service teams do across the UK. I’m extremely proud to be a part of such a hard working team and am really looking forward to my 5th series.”

The Roadshow kicks off the first week of the series in the north of England where we meet the teams tackling a UK-wide increase in violent offences.

On the 20th anniversary of the murder of a Suffolk schoolgirl, Crimewatch Roadshow Live interviews her parents, making their emotional appeal for information which could finally bring her killer to justice. Live on the programme, detectives will also reveal exclusive new footage which has come to light since the investigation was reopened.

The team also has the exclusive in-depth story of how police caught the UK’s most prolific cat burglar – the notorious Wimbledon Prowler. The programme hears from the detective who headed up the investigation which finally led to his capture.

As latest figures show a dramatic rise in illegal puppy farming, we join the RSPCA teams who investigate this growing problem. Puppies from these farms often end up suffering horrific health problems due to lack of proper care in their first weeks. We meet one woman whose designer pup nearly died.

Crimewatch Roadshow Live is also out on the beat with the new Metropolitan Police team catching up with the capital’s most dangerous drivers. And in Staffordshire the crew meet police dog Audi who was attacked on duty earlier this year. His case recently resulted in the first successful prosecution under the newly introduced Finn’s Law which has seen tougher sentences introduced for people who attack service animals, including police dogs and horses.
Posted by JD at 09:47

Email ThisBlogThis!Share to TwitterShare to FacebookShare to Pinterest
Labels: Crimewatch Roadshow Live i