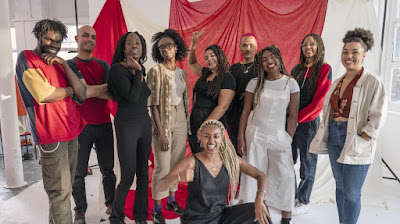 This October Channel 4 will mark Black History Month with a season of documentaries and films- from seminal game-changers and fascinating histories to bold new visions for the future.

gal-dem, the online platform committed to telling the stories of women and non-binary people of colour, are reaching into the Channel 4 archive to curate a Black British History collection. The six selected titles, which each have something to say about the black British experience, are: Desmond's (1989), Just like Mohicans (1985), Justice for Joy  (1995), The Event: How Racist Are You (2009), Chewing Gum (2015), and Black Lesbian Handbook (2015). To accompany each selection, individuals from the gal-dem community will also author six new short films, in conversation with someone related to the original programme.

gal-dem said: "This is an unfiltered celebration of Black British History. By bringing the archive titles into the present tense we aim to raise important questions about how far we've come in 2019. These questions include, but are not limited to: Who has the Windrush scandal ignored? Who owns queer? Would the black British experience be any different without church? Does British TV really represent black people? Why are white people so committed to the idea of white superiority? Can onscreen stereotypes ever be a force for good?"
Posted by JD at 15:41