Interview with Dylan Benson ahead of his upcoming debut on hit soap Home & Away. 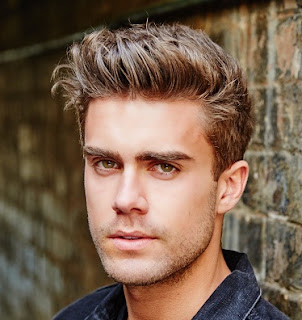 The son of actors Greg Benson and Amanda Newman, Sydney’s Dylan Benson is prepping for a profile boost from his upcoming debut on hit soapie Home & Away.


Home and Away is well-known for being a launchpad for some of today’s biggest names. What do you think the show offers young people, in addition to a paying gig, that helps cement their careers?

It’s an incredible training ground for actors. The show is fast paced and they usually only do two or three takes before moving on to the next scene. This means you learn how to nail scenes first go and do loads of different scenes. Do this over months or years and you really sharpen your skills


And it was the same for your father – who was a star on the show?

Yep! He was on it for six years. So was my mother. That’s actually how they met!


Did he ever try his luck in Hollywood?

He auditioned for a few roles in Hollywood but he never moved over there to try his luck. Some of his friends did, some hit success in Hollywood and others came back to do something different.


How has it changed since he was on the series, you think? Has it got easier or harder to nab roles as an actor?

I’m not sure what it was like back then but it’s insanely competitive now. There’s hundreds of actors competing for roles and the issue is roles don’t pop up often. In the four years I’ve been training, I’ve only had 4 auditions for Home and Away. The fourth one I got some luck and booked the job. There’s a lot of idle time and you’ve got to learn how to use it properly. This is usually what determines the success of actors


I suppose one would also look at the likes of Paul Hogan and Chris day they were overnight successes – when they likely weren’t at all?

There’s absolutely no such thing as an overnight success. I’m obsessed with stories about how actors made it and not one of them become a star overnight. They’d all been training and working at it for many many years. It’s just that you don’t hear about them till they’re on the big screen and you think they rocketed to success overnight.


What kind of doors would you like to see open as a result of your role on Home & Away?


And you’ve relocated to L.A to make that happen?

I’m still in Sydney but I do have plans to relocate to LA or New York. I really want to study at UCB to do some improv and also meet some acting coaches in the states. I might even give stand up another go – I did it here in Sydney. I am planning to be there this pilot season and excited to see how I go. I’m also a model so I’ll be working over there as a model too. Should keep me very busy. I’ve wanted to live in America for a long time now to chase my dreams so I can’t wait