Jesy Nelson: Odd One Out breaks record for BBC Three 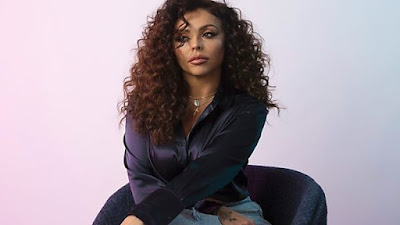 Following its launch on BBC Three at 10am on Thursday 12 September, according to seven day data, Jesy Nelson: Odd One Out has become BBC Three's top factual title since the channel moved online.

The BBC Three commission, which focused on the struggles Little Mix's Jesy Nelson has been through due to online bullying, was the top programme on BBC iPlayer in the week of release with 1.87 million requests within seven days, with 64% of them from 16-34s.

The documentary also played on BBC One at 9pm on the same day and has consolidated with 3.3 million viewers, a 55% uplift from overnight viewing with 964k 16-34s, meaning it is the highest 16-34 viewed programme on BBC One this year in peak time.

Fiona Campbell, Controller, BBC Three, says: "This was such an important, brave film, which fully deserves to be the top factual title on BBC Three. Bringing this to so many people was a huge team effort which ensured the film had high visibility and was talked about in key channels for youth audiences in the lead up to broadcast. It proves that BBC Three continues to move in the right direction and we're incredibly happy that so many people have watched and connected with the film and we hope that making it helped Jesy, and helps others that have suffered bullying."

Alison Kirkham, Controller, BBC Factual Commissioning, says: "I am so pleased that Jesy Nelson's film has resonated so powerfully with audiences. This film, and others in the Mental Health season earlier this year, are part of our ongoing commitment to tackling mental health issues and we know that they make a real difference to those going through similar experiences, with many more people opening up and contacting mental health charities. My huge thanks to Jesy for having the courage to share her story and to all the production team for making such an important film."

Jesy Nelson: Odd One Out was commissioned by Fiona Campbell, Controller BBC Three, David Brindley, Head of Popular Factual and Factual Entertainment and Commissioning Editor, Max Gogarty. It was an October Films production, the Executive Producers were Richard Cook, Claire Hughes and Matt Robins, Director Adam Goodall, and the Producer was Candace Davies.