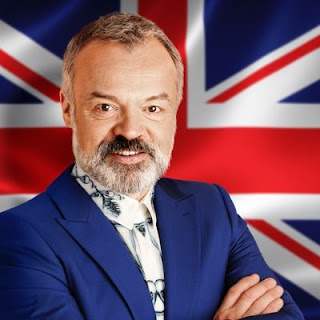 The BBC has confirmed the United Kingdom’s participation in the 65th Eurovision Song Contest which will be held in Rotterdam, The Netherlands in May 2020.

BBC Studios will once again produce the BBC’s coverage of the biggest and most watched song competition in the world.

Also announced is a brand new collaboration between BBC Studios and music company BMG in order to find a song and artist(s) to represent the United Kingdom in next year’s contest.

Following a process in which BBC Studios approached a number of record labels to pitch ideas for 2020, it was clear that BMG shared the BBC and BBC Studios’ vision of selecting a song with broad international appeal and securing an artist who embodies the spirit and values of the Eurovision Song Contest.

BBC Studios will be working alongside BMG’s UK music publishing and frontline recordings team based in London to select the United Kingdom’s Eurovision 2020 entry which will then be released and published by BMG.

BMG has a proven track record in worldwide hits, publishing songs such as Someone You Love (Lewis Capaldi), Don’t Call Me Up (Mabel), Shotgun (George Ezra) and I’ll Be There (Jess Glynne), and also masterminding Kylie Minogue’s recent number one album Golden. No strangers to Eurovision, BMG published the 2015 winning entry for Sweden, Heroes performed by Mans Zelmerlow and signed Eurovision winner Netta following her win in 2018.

Kate Phillips, Controller Entertainment Commissioning for the BBC, says: “Our commitment to finding the right song has never been higher and this collaboration with BMG, who have access to world class songwriters, is a genuinely exciting prospect and I am certain that together we can find the best song and artist possible for 2020.”

Mel Balac, Creative Director for BBC Studios, says: “The Eurovision Song Contest is a huge global event and our collaboration with BMG marks an important turning point for the UK at Eurovision. We very much hope this marks the start of an exciting new chapter.”

Alistair Norbury, President, Repertoire & Marketing UK for BMG, says: “Eurovision is the biggest television showcase for music in the world and it’s an honour to be selected to help choose the UK’s entry at Rotterdam 2020. Eurovision plays to our strength as the only fully-integrated publishing company and record label. We can’t wait to get started working with the BBC to give it the best possible shot we can.”

The 65th Eurovision Song Contest will take place in May 2020, with further details due to be announced in due course.