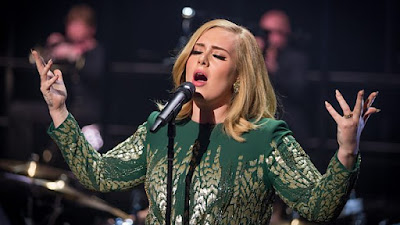 To mark National Album Day on Saturday 12 October, Paul Gambaccini will present a very special Pick Of The Pops, from 1pm-3pm on BBC Radio 2 and BBC Sounds, counting down the 40 biggest studio albums of the millennium so far.

The chart, compiled by the Official Charts Company, is based on the number of physical sales as well as digital downloads and streams since the 1st January 2000.

Adele’s 2011 album 21 is Number One in the chart, with her 2015 album 25 coming in at Number Three, and a total of three albums ranking within the Top 40 most popular records of the 21st century.

Ed Sheeran also has two albums, x and ÷, in the Top 10. James Blunt, Michael Bublé, Dido, David Gray, Leona Lewis, and Amy Winehouse all feature in the Top 10, which is 50% male/female.

Over 70% of artists featured in the Top 40 and all artists in the Top Five are British.

Jeff Smith, Head of Music, Radio 2 and 6 Music says: “We are delighted to reveal the nation’s 40 favourite albums of the millennium here on Radio 2 for National Album Day 2019 and it’s heartening to see so many British artists in the chart, proving that home-grown music is still as popular as ever. ”

Speaking before the show, Paul said: "Here comes your running total of the top forty biggest albums of the 21st century so far! Even with streams factored in to what is called equivalent sales, the first decade of the century has outperformed the second by 28 albums to 11. The remaining album is a hangover from the 1990s. What is it? We'll find out together on our Pick Of The Pops special on the 12 October. And, of course, we'll find out which artist has two of the top three and who has the most entries in the top forty. This is the kind of suspense I like!"

The list of the Top 10 biggest albums of the 21st century are: