ITV2 is getting sensationally scary this Halloween with brand new show, Killer Camp 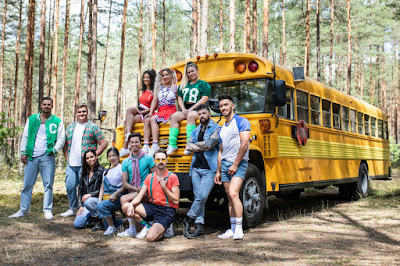 ITV2 is getting sensationally scary this Halloween with brand new show, Killer Camp.

In this reality event, airing across five nights leading up to Halloween, 11 unsuspecting contributors will be dropped into an 80s inspired lakeside lodge where, after an explosive twist, they learn it’s not the Summer Camp they’d envisaged but a Killer Camp with a secret murderer amongst them.

The aim of the game is to earn cash whilst avoiding being killed and therefore eliminated from the game. Over five bloody nights the murderer will bump off their fellow campers in ever more extreme, hilarious and inventive ways; it’s the job of the innocents to work out who is responsible before it’s too late...

Can the innocents find the killer amongst them and walk away with a big money prize? Or will the killer remain undetected and steal their cash?

“Being a presenter, Camp Counsellor and facilitator of murder is the job I was born to do! I really hope ITV2 viewers have as much fun watching this show as much as I had getting to make it.”