John Barrowman joins the Dancing on Ice panel for 2020 series 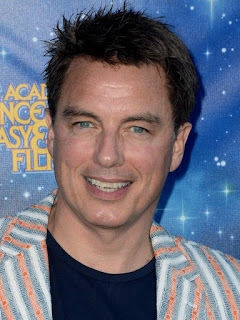 Dancing on Ice has a ‘Fabulous’ new addition to its sparkling ice panel as John Barrowman takes a seat alongside Torvill and Dean and Ashley Banjo for the 2020 series.

A veteran of stage and screen, John Barrowman will be providing his very own expert critique as a fresh assortment of famous faces take to the ice next year.

The speculator skating competition, which sees celebrities paired with a professional skating partner in a bid to be crowned champion of the ice, returns in a blaze of glory next year.

John will be joined on the judging panel by head judges and skating legends Torvill and Dean, and dance supremo Ashley Banjo, as they cast their eye over the class of 2020 in a bid to find a superstar skater to follow in the footsteps of previous champions James Jordan and Jake Quickenden.

John Barrowman MBE said:
“I am so excited to be returning to the Dancing On Ice family. Unlike most I have been through the rigorous task of skating live as a contestant in the first series. This is a thrilling adventure for me and I hope to bring a Fresh, Fun and Fab-u-lous angle to the judging panel.”

Katie Rawcliffe, Head of Entertainment Commissioning, ITV, said:
“John’s quick wit, inimitable talent and all round fabulous personality make him the perfect addition to Dancing on Ice’s all star panel and we’re looking forward to seeing him bring his own brand of sparkle to the show.”
Posted by JD at 09:49