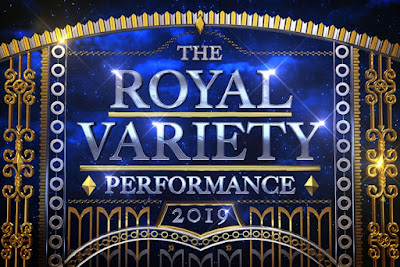 Two of the UK’s best loved comedians Rob Beckett and Romesh Ranganathan are to host this year’s Royal Variety Performance marking the first time in over thirty years two comedians have hosted together. As is tradition, the world’s longest running entertainment show will be held in the presence of members of the Royal Family.

The event will come from the iconic London Palladium, which is hosting for the 43rd time.

The show promises to be an unforgettable evening of the best UK and international musical performers, extraordinary theatre and brilliant comedy as well as a number of surprises along the away.

Stars lined up to appear include international music sensation Rod Stewart who is celebrating fifty years as a solo artist.  Soon to make its much-anticipated return to the West End, Mary Poppins, the world’s favourite Nanny, makes a ‘supercalifragilistic’ return to the Royal Variety Performance. Joining Zizi Strallen as Mary Poppins and Charlie Stemp as Bert, will be Petula Clark, who will feed the birds, heading a show-stopping performance from the cast of Disney and Cameron Mackintosh’s multi-award-winning musical Mary Poppins.

Also taking to the stage is the much-celebrated and oldest ever winner of Britain’s Got Talent Colin Thackery, a unique collaboration from Emeli Sandé and Manchester’s Bee Vocal choir formed to inspire those experiencing mental health difficulties. There’s more music from two of 2019’s hottest talents Lewis Capaldi and Mabel who will each perform their record breaking singles, Hollywood star Luke Evans, comedy act Flo and Joan and a performance from the Tony and Olivier award winning musical Come From Away. Rounding off this evening of extraordinary entertainment is an exclusive extract from Cirque Du Soleil’s Luzia as well as comedy from the cast of hit West End show Groan Ups, plus comedians Kerry Godliman and Frank Skinner.

Rob Beckett said:
“I am absolutely thrilled and honoured to be hosting the Royal Variety Performance with one of my best friends and best comedians in the country Romesh Ranganathan. My Mum and Dad love Rod Stewart more than me and can’t wait to see him perform. Fingers crossed they will stay and watch me and Rom host the rest of the show once Rod has finished his set.”

Romesh Ranganathan said:
“It is obviously amazing to be asked to host The Royal Variety Performance. Being asked to do so alongside Rob Beckett is both exciting as well as slightly taking the gloss off the honour.”

The event is staged in aid of the Royal Variety Charity, whose Patron is Her Majesty The Queen.  The money raised from the show helps those people from the world of entertainment in need of care and assistance in the United Kingdom.

The star studded spectacular will take place on Monday 18th November and will be screened on ITV in December. It will be produced by ITV Studios.