Back To Life is recommissioned by BBC Three and Showtime 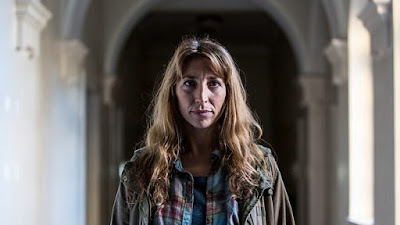 Critically acclaimed series Back To Life (6x30’), created by and starring Daisy Haggard (Black Mirror, Uncle) and co-written by Haggard and Perrier award-winner Laura Solon (Office Christmas Party), has been commissioned for a second series by BBC Three and Showtime, in association with All3Media International.

The series is produced by multi-award-winning production company, Two Brothers Pictures (Fleabag, Baptiste, Liar, The Missing) in co-production with BBC Three and Showtime Networks with Daisy Haggard reprising her role as Miri Matteson.

The first series, described as a “darkly comic gem” by The Guardian, debuted on BBC Three in April 2019 and details Miri Matterson’s return to her seaside family home, having spent 18 years in prison for a crime committed during her formative years. Following her first few weeks on the outside, Miri, now a determined yet naïve adult, attempts to put the past behind her in order to have a normal life.

Series two has been commissioned by Shane Allen, Controller of Comedy Commissioning and Fiona Campbell, Controller for BBC Three, and by Gary Levine and Jana Winograde, Presidents of Entertainment, Showtime Networks Inc.

Daisy Haggard says: “Laura and I are delighted that Showtime and the BBC are giving us a chance to continue Miri’s story. There’s so much more to tell and we are incredibly grateful to have the opportunity to do that!”

Harry Williams, Writer and Managing Director, Two Brothers Pictures, says: “The reception that Back To Life has received has been amazing. Daisy and Laura are those rare writers that can make you laugh and cry in equal measure - which is a wonderful quality. We can't wait for fans to see what they have in store for Miri this time around.”

Kate Daughton, Head of Comedy, BBC, says: “BBC Three’s job is to champion the next wave of ambitious and talented writers. We’ve struck gold with Daisy and Laura. Back To Life was an instant hit with audiences here and it’s been great to see their distinct UK voices enjoying international success as well.”