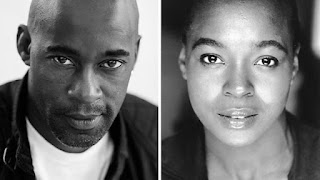 Sitting In Limbo, a Windrush story from Left Bank Pictures for BBC One, has started filming today. The feature-length drama is written by Stephen S. Thompson and is based on a true story.
Patrick Robinson (Casualty, The Bill, Mount Pleasant) and Nadine Marshall (Save Me, National Treasure, The Innocents) will lead the drama as Anthony and Janet Bryan. Stephen S. Thompson has based this - his first screenplay for TV - on the true story of his brother Anthony Bryan and his personal struggle to be accepted as a British Citizen during the Windrush immigration scandal.

After living in the UK since he was eight years old, Anthony decides to visit his elderly mother in Jamaica. He has never held, or needed, a passport before and while filling out the paperwork at the Passport Office he is stunned to discover that there is no record of him as a British Citizen, despite having lived in the country since 1965. With the onus on him to prove his British citizenship to the Immigration Office, Anthony finds himself stuck in limbo, forced to leave his job and unable to claim benefits. In the early hours of a Sunday morning, Anthony is forcibly removed from his home and detained as an illegal immigrant. The devastation that ensues puts Anthony at the centre of what has now become known as the Windrush scandal.

Sitting in Limbo (1x90’) is a Left Bank Pictures production and was commissioned by Piers Wenger, Controller of BBC Drama, and Charlotte Moore, Director of BBC Content for BBC One. Executive producer for the BBC is Mona Qureshi and for Left Bank Pictures is Lila Rawlings and Andy Harries.
Posted by JD at 13:56