Competition: Win The Musical Anthology of His Dark Materials on CD 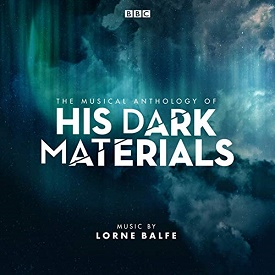 The Musical Anthology of His Dark Materials is out on CD on 6th December.

Synopsis
In this introduction to the Music from the Television Series, Composer Lorne Balfe delves into the series and character themes from His Dark Materials, the new adaptation of Philip Pullman’s acclaimed trilogy. Performed by the BBC National Orchestra of Wales, the concept album has attracted a stellar cast of additional contributing recording artists.

Terms and conditions
1. Closing date 09-12-19
2. No alternative prize is available
3. When the competition ends as indicated on this page, any and all entries received after this point will not count and emails blacklisted due to not checking this page first.
4. Winners will be chosen randomly and will be informed via email.
Posted by JD at 05:30

Email ThisBlogThis!Share to TwitterShare to FacebookShare to Pinterest
Labels: The Musical Anthology of His Dark Materials