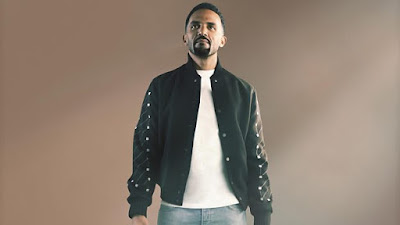 Craig David will be brightening up New Year’s Eve on BBC One in a very special live concert as the multiple award-winning and critically acclaimed singer songwriter performs a selection of his smash hits and much more besides to welcome in 2020.

As a much loved and respected figure in British music culture, Craig is responsible for a string of global hits including Fill Me In, 7 Days, Heartline and Do You Miss Me Much and will be kicking things off on the big night as he is joined on stage at London’s Central Hall Westminster by his legendary band.

As Big Ben strikes midnight, London’s famous fireworks will light up the night sky over the River Thames with a spectacular display choreographed to a specially edited medley of music. After that, the action switches back inside Central Hall Westminster as Craig returns one more time with one of his globally renowned TS5 sets as the party continues.

Craig David says: “I can’t think of a better way to see in the New Year and new decade than performing and celebrating with you all. It’s going to be a night to remember!”

Jan Younghusband, Head of BBC Music TV Commissioning, says: “Craig is famous for his blistering live sets, so I’m thrilled that he will be ringing in New Year by performing live for BBC One viewers.”

A limited number of tickets for the concert will go on sale on Thursday 28 November at 10am, visit bbc.co.uk/newyearseve for further details.