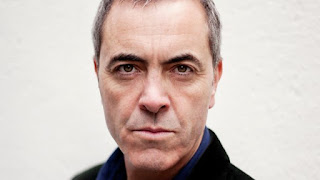 James Nesbitt (The Missing, Cold Feet) will star in Bloodlands, a major original crime drama for BBC One, created by exciting new writer Chris Brandon and produced by HTM Television.
When a car containing a possible suicide note is pulled out of Strangford Lough, Northern Irish police detective Tom Brannick (James Nesbitt) quickly connects it to an infamous cold case with enormous personal significance. Bloodlands follows his dogged hunt for a legendary assassin, an explosive cat-and-mouse game where the stakes have never been higher.

James Nesbitt says: "It's great to be back making a drama in and about Northern Ireland, which now has a film and television industry as good as any in the world. We have compelling scripts from a brilliant young writer who was raised in County Down, which are very exciting and psychologically complex. I can't wait to start."