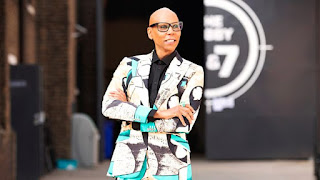 BBC Three and World of Wonder have today confirmed that a second-series of the UK version of the award-winning global hit RuPaul's Drag Race will air in 2020.
Having brought RuPaul's Drag Race UK to British screens for the first time to critical acclaim, BBC Three have opened applications to find another set of sickening queens to compete in the Olympics of drag.

Series one has slayed audiences and is a runway success for BBC Three with 6.5 million total requests on iPlayer just over half way through the series.

This first series has seen the queens face a myriad of challenges designed to test their drag ability to the max, and they've served regal runway realness, formed two fierce girl bands, performed Downton Draggy and so much more.

RuPaul says: "I want to thank the BBC and all our fans for their overwhelming support of RuPaul's Drag Race UK. This season's queens proved that Britain's Got Charisma Uniqueness Nerve and Talent and I want to see more! Here's to another season of love, laughter and light!"