Interview with Sally Phillips - Miranda: My Such Fun Celebration 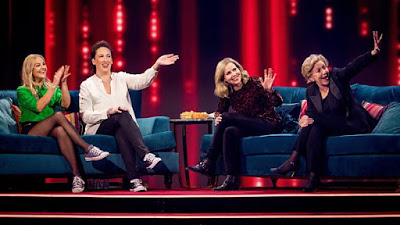 Can you tell us what to expect from Miranda: My Such Fun Celebration?

It’s a cross between a variety show, a chat show and a cup of tea round Miranda’s house.

What has the reaction from the fans been?

The Gallopers are legendary. I think they’d be supportive if Miranda was filming a tour of the local dump.


How would you describe Tilly’s friendship with Miranda?

Tilly loves Miranda and Miranda tolerates Tilly. I think Tilly’s self-esteem for a long time was dependent on her being ‘better, prettier, more serious’ than Queen Kong - and at school the hierarchy was unquestioned but as they get older it becomes clear that, disturbingly for Tilly, Miranda actually has all the important things in life more sorted than she has. I always found it touching that although Tilly was incredibly annoying, Miranda was never mean back and Tilly was welcome to dance in Miranda’s lounge along with everyone else.


Did you think ten years from the first Miranda the show would still be as popular today?

You always hope you’re making something that will last but no, I could never have imagined the success the show has been and what it appears to have meant to so many people.


Why do you think the show resonates with the fans so much?

I think it’s fundamentally about accepting yourself and others and staying in touch, even loving your inner idiot and the inner idiots of others.


Do you have a favourite moment from the show?

I always loved the singing and dancing, as it felt that the spirit of fun was the heart of the show even more than the jokes. There was some absolutely classic slapstick too, though which, as a lover of silent movies I really admired. The sushi bar, Miranda in the skip, all the different variants of pushing Stevie off the stool, the wrap dress caught in the taxi door… I could go on
Posted by JD at 12:40