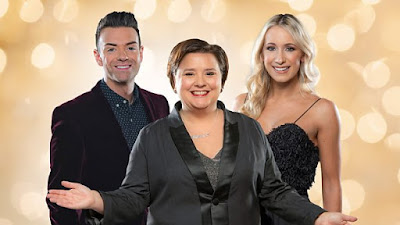 Susan Calman fronts the Hogmanay festivities on television this year in an extended offering, including a sofa full of Scotland’s stars to get the party started.

First up is Susan Calman’s Not Quite End of the Year show on the BBC Scotland Channel at 9pm when the popular comedian and writer looks back over 2019 with plenty of music, entertainment and chat.

Joining her on the sofa are Scottish movie legend James Cosmo and Guilt star Mark Bonnar. Some of Scotland’s biggest sporting stars are celebrated too with an appearance from Scottish Women’s National Football team captain Rachel Corsie and boxing world champion Josh Taylor.  Classic tunes come from Travis and Twin Atlantic and comedian Jim Smith takes a look back at some of the more unusual news events from the past 12 months.

At 11.30pm Susan is back for Hogmanay 2019, this time joined by Des Clarke and Amy Irons, to move the festivities up a gear with an entertainment-packed programme on both BBC One Scotland and BBC Scotland. Line of Duty star Martin Compston and Still Game’s Jane McGarry join the sofa line-up and the traditional tunes will be provided by award-winning Elephant Sessions along with folk star Julie Fowlis, who’ll lead the crowd in Auld Lang Syne.

Celebrations from around Scotland will be a central part of the show and Des Clarke will be out and about among the crowds in Edinburgh in the countdown to the Bells while Amy reports live from the historic Fireballs Ceremony in Stonehaven.

As the big moment approaches, the focus will turn to the traditional piper playing high on the ramparts of Edinburgh Castle to herald the beginning of the spectacular fireworks that light up the skies on the stroke of midnight.

Watch live on BBC One Scotland and the BBC Scotland Channel, UK-wide via the Red Button and get involved on social media with #BBCHogmanay. 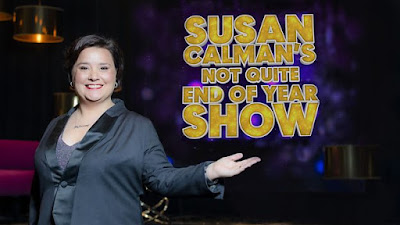