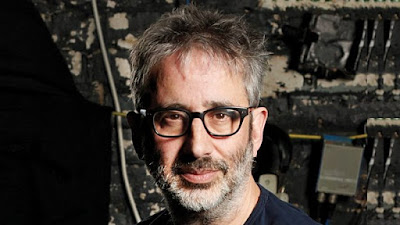 The BBC is producing the national Holocaust Memorial Day event on behalf of the Holocaust Memorial Day Trust with the theme of Stand Together. Other programme highlights include a major new drama telling the story of the Windermere Children, child survivors of the Nazi Holocaust; Robert Rinder helping second and third generations of families who experienced the Holocaust retrace their relatives’ footstep; David Baddiel investigating the history and modern face of Holocaust denial; a moving documentary exploring the untold story of the infamous Bergen-Belsen concentration camp; a special edition of Words And Music on BBC Radio 3.

Tony Hall, Director-General of the BBC, says: "This is an important moment to stop and reflect on a period in our history which showed both the worst, and the best, of the human spirit. That's why we've invested in drama, documentary and events to mark the 75th anniversary. We'll be telling new stories, as well as sharing first-hand testimonies from those who lived through the horror of the concentration camps.

"It's our responsibility as the nation's public service broadcaster to bring these stories to new generations - and I'd like to thank the Holocaust Memorial Day Trust, and our European media partners, for their invaluable support. Together, we're offering everyone the chance to reflect on the consequences of prejudice and hatred, and in doing so we'll ensure that the millions of lives lost in the Holocaust are not forgotten."

"At a time when identity-based prejudice and hostility is worryingly prevalent in the UK and internationally, HMD is an opportunity to learn about the consequences of hatred when it is allowed to exist unchecked. At this important moment, 75 years after the liberation of Auschwitz, we are asking people to Stand Together against prejudice, and in memory of those who were murdered during the Holocaust, under Nazi Persecution and in genocides which have taken place since."
Posted by JD at 12:05