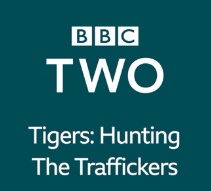 Later this year BBC Two will screen Tigers: Hunting The Traffickers, a one-hour documentary from Grain Media in which former Royal Marines Commando Aldo Kane exposes the shocking secrets of the illegal tiger trade in South East Asia and those who profit.

It’s estimated 96% of the world’s wild tigers have disappeared since the turn of the 20th century. With fewer than 4,000 tigers left in the wild, Tigers: Hunting The Traffickers also highlights the plight of a majestic species on the brink of extinction. It explores how tiger farms continue to drive consumer demand for tiger products perpetuating the illegal trade and fuelling poaching.

There are up to 8,000 tigers held in captive facilities across China, Laos, Thailand and Vietnam. Captive tigers are often bred and trafficked to meet demand for illegal products like tiger-bone wine and tiger bone glue, which are believed to have medicinal values in parts of Asia, mainly in China and Vietnam.

Working alongside fearless wildlife crime investigators and covertly filming tiger traffickers, Aldo embarks on a perilous journey along key trafficking routes connecting Malaysia, China, Thailand, Laos and Vietnam. From tiger wine breweries in China, to small backyard holdings in Vietnam, the programme uncovers shocking evidence of demand for tiger parts that threatens to wipe out wild tigers entirely. Evidence includes footage of frozen tiger cubs in freezers at a breeding facility in Laos; tigers held in high security holding pens in Thai zoos; a trader openly selling tiger products in Laos with a street value higher than cocaine; and caged tigers fattened in a dark basement in Vietnam to be killed and cooked to order.

Armed with the secret filmed evidence from the investigation Aldo travels to Geneva where it is presented to international decision-makers at the Convention on International Trade in Endangered Species (CITES) to act on.

Aldo’s fascination for wild tigers and conservation started during his military training in the South East Asia jungles, home to a declining number of wild tigers. In recent years he has also used his specialist military skills to train anti-poaching units in Africa.

Aldo Kane says: “I have spent years in the fight against wildlife poachers and this has given me an unique insight into a criminal underworld, where wild animals are worth more dead than alive. Nothing could have prepared me for what I uncovered about the illegal tiger trade in South East Asia. Here tiger trafficking is big business, often controlled by organised crime units, and yields huge profits. It’s ruthless and cruel and wild tigers pay the ultimate price. The growth of illegal tiger farms across South East Asia is threatening the survival of one of nature’s most beautiful creatures, where a premium is paid for its wild provenance. I hope this film raises awareness of the complex issues that surround the trade and the threat it poses to endangered wild tigers mainly amongst those who ultimately have the power to stop the trade and protect them.”