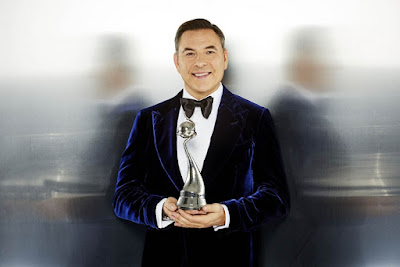 David Walliams is the brand new host of the National Television Awards in the event's 25th Anniversary year as hundreds of stars and thousands of fans gather for the biggest night in British TV.

Broadcast live on Tuesday 28th January from The O2 London, the NTAs celebrate television’s best-loved shows and stars in the only TV awards ceremony where the winners are chosen entirely by the British public.

The event is rammed to the rafters with TV Royalty from Graham Norton to Tess & Claudia and Ant & Dec. Nominees making their NTA debut include Derry Girls, Gentleman Jack, RuPaul’s Drag Race UK, Chernobyl, Jesy Nelson with her BBC3 record-breaking Odd One Out, The Capture, A Confession and Ricky Gervais with his hit show After Life.

And the stars of Gavin & Stacey will be out in force as the NTAs mark the hugely successful return of the much-loved comedy to our screens at Christmas.