F.O.S. and Ransom take BBC Three on the road in The Rap Trip 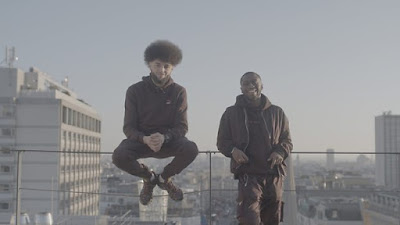 Following the huge success of The Rap Game UK, BBC Three is teaming up with contestants Ransom and F.O.S., as they drive across the British Isles to collaborate with local rappers whilst discovering some of the most overlooked rap scenes.

F.O.S. and Ransom know how difficult it is to be taken seriously as a rapper when you’re not from London. Ransom captured hearts on the first series of BBC Three’s The Rap Game UK as the charismatic Nigerian Scottish rapper who was determined to prove you could be a successful Scottish MC. Freedom of Speech AKA F.O.S. hails from Scunthorpe, which is far better known for its steel production than its music scene. Frustrated with the lack of access to recording studios in his hometown, F.O.S. built his own mobile music studio in his car.

In The Rap Trip, Ransom and F.O.S. will travel in their very own customised campervan, kitted out with a mobile recording studio and ready to uncover local grime and rap hotspots; from underground rap battles to homemade music video shoots. They’ll also take a look at the scenes that are reshaping rap in the UK and Ireland.

F.O.S. says: "There’s never been a better time to be a rapper or MC in the UK. But being from Scunthorpe, making it in the industry has not been easy. London has claimed this scene for too long, and I’m looking forward to going on this rap trip to hear the sounds and discover artists outside London."

Ransom says: “The way that UK Rap music has captivated the attention of the whole world is insane! We’re finally at a stage where cities all over the UK are starting to express themselves in their own unique way. This is our chance to give these MCs the exposure they deserve - we’ll be coming to a town or city near you. So if you feel like you're always being overlooked then this is your time to shine. It’s your boys Ransom and F.O.S., Show some love for the cause!”