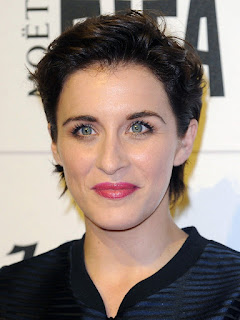 Set in contemporary London, Trigger Point, is a high-octane six-part thriller series focusing on the Bomb Disposal Squad. Known as “Expo”, officers risk their lives daily on ‘the long walk’ towards danger.  Death is always just a heartbeat away.

Vicky McClure (Line of Duty, I Am Nicola) will play front line officer Lana Washington, who is an experienced bomb disposal operative. Reckless and out of control, Lana is ex-military and pushed to breaking point dealing with a series of improvised explosive devices which threaten the capital during a terrorist summer campaign.

Under extreme pressure and searching for answers, Lana can’t help but become suspicious that the bomber is premeditatedly targeting her unit.  It’s a terrifying thought, but against all odds how does she prove it and discover the bomber’s real identity?

“So grateful to be working with Jed again. I’m really looking forward to creating a strong, bright and troubled character in Lana Washington. Daniel Brierley has produced a brilliant and nail-biting script. I can’t wait to get started later this year.”