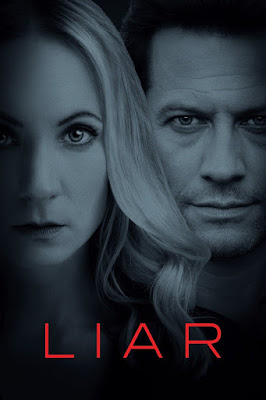 Series overview
Three weeks after damning evidence was uncovered proving Andrew Earlham sexually assaulted nineteen women, his body is found in the Kent marshes. As one of Andrew’s more recent victims, Laura Nielson can’t help feeling relieved by the news of his death. The last three weeks spent knowing Andrew was somewhere out there and missing have not been easy.

Yet the seaside community is rocked when the case quickly becomes a murder investigation. Out of town officer DI Karen Renton is put in charge of the case, and together with DS Rory Maxwell, they begin to unpack the events of the three crucial weeks leading up to Andrew’s death. The news cast a shadow over those who knew Andrew, all of whom, like Laura, are trying to move on with their lives.
As the search to find Andrew’s killer gains momentum, the community will be forced to face up to the secrets of their recent past, secrets many of them hope will stay buried. Soon, Laura finds herself thrown deep in the mire of Andrew’s destructive path, and once again must fight to be believed.

Episode 1
Three weeks after his disappearance, Andrew’s body is found on the Kent marshes. His throat slit, it’s declared he was murdered. Laura meanwhile is trying to move on from her ordeal. She’s slowly growing in confidence in her new relationship with Ian and has returned to work. Yet her initial relief upon learning of Andrew’s death is cut short. As DI Renton and DS Maxwell seek to determine who killed him, Laura finds herself drawn into Andrew’s destructive path and once again must fight to be believed.