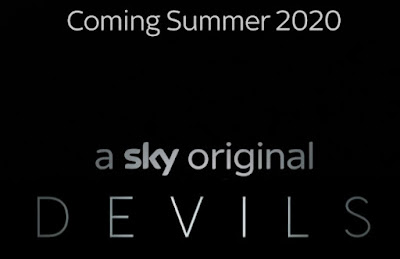 The first official teaser trailer for the Sky original production, Devils, has been revealed starring Alessandro Borghi (The First King: Birth of an Empire, Suburra) and Patrick Dempsey (The truth about the Harry Quebert Affair). Filmed between Rome and London, the teaser provides a preview of a story about finance, power and disenchantments.

Alessandro Borghi is Massimo Ruggeri, the ruthless and ambitious Head of Trading of one of the most important investment banks in the world, the New York – London Investment Bank (NYL); Patrick Dempsey plays Dominic Morgan, one of the most powerful men in global finance, Massimo’s mentor and CEO of the bank. Their deep bond, however, begins to crack when Massimo gets involved in an inter-continental financial war, due to Dominic’s hidden agenda. Eventually, the Italian Head of Trading will be forced to choose between standing behind his mentor or stopping him.

The series, based on Guido Maria Brera’s bestseller “I Diavoli”, is a Sky Italia and Lux Vide production financed by Sky Studios, in collaboration with Orange Studio and OCS. NBCUniversal Global Distribution holds the international rights.