Shortlist announced for BBC Women’s Footballer of the Year 2020 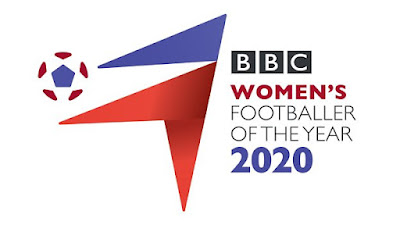 The 2020 shortlisted footballers are:

Mary Hockaday, Controller of BBC World Service English, says: “Last year was an extraordinary year for women’s football, and as it continues to grow in popularity, the BBC Women’s Footballer of the Year celebrates the players at the very top of their game and underscores our commitment to supporting the sport. The award gives fans around the world the chance to vote for their favourite player and we can’t wait to see who will emerge as this year’s winner.”

The vote will close on Monday 2 March at 9am (GMT) and the winner of the BBC Women’s Footballer of the Year 2020 will be revealed on Tuesday 24th March at 7am on BBC World Service (radio), BBC World News (TV).

Now in its sixth year, the award from the BBC World Service celebrates the very best in women’s football around the world. The shortlist is selected by a large panel of experts involved in the game from all around the world, including coaches, players, administrators and journalists based on performances in 2019, and the winner is then decided in a public vote.

Email ThisBlogThis!Share to TwitterShare to FacebookShare to Pinterest
Labels: BBC Women’s Footballer of the Year